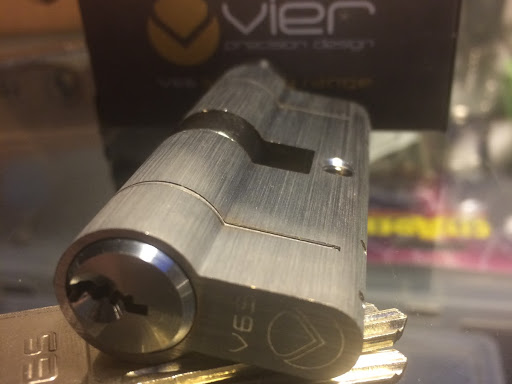 ZOO HARDWARE Vier V6S
The V6 has now been taken over by theV6S a 6 pin quality cylinder in any ones eyes with a paracentric key way for key control.
Snap-safe at both ends can only be good for Locksmiths which will cut down on stock needed to be carried.
Four anti drill pins two before the sacrificial break and two after the cylinder is also anti pull and anti twist.
Obviously anti pick is incorporated into the cylinder and anti bump which I personally can stand for.
For the last three or four days iv been trying different methods to bump this cylinder,we know most manufacturers claim anti bump and two or three taps and it goes.
Not the Vier V6S it really does stand up well to bumping,out of literally three to four hundred taps light hard different angles I had only one opening.
Which I might say I haven’t been able to repeat as of yet so I’ll keep you posted.
I’d class myself pretty competent when it comes to bumping having keys for most the Locks out there I practice often as it can be a quick entry so in that category I’d hold the ZOO Vier V6S in high esteem.
Thanks for reading
Protech Looks Locksmiths